There is a certain stereotype associated with a man drinking alone in a bar. A man who drinks alone supposedly has problems. He sits slumped over in his chair with two days’ worth of stubble as he stares blankly at the wall. Occasionally he may abruptly interject himself into a neighboring conversation, offering the infinite wisdom that alcohol provides. Like the saying goes, “Not all who wander are lost.” Well, the same goes for those who drink alone.

Hours of airlines and layovers led me to the 555 bar of the Embassy Suites hotel in Tampa. I’m only in town for a day and I should be sleeping. At 6 a.m. it’s breakfast and then meetings until 2. Afterwards more flights. More layovers. I should definitely be sleeping, but I’m not. I take a seat on the end and order a toasted lager that the bartender says is from New York. Then I open a tab even though I only plan to drink the one. It just sounds so cool. “Put it on my tab,” I’ll say. Just like in the movies.

I’m chatting with the bartender when the guy next to me comments on my beer selection, signaling to his own domestic American staple. Not that I’m a snob. A discussion brews between the three of us about what really is the difference in these types of beers. No conclusions are made, only that we all like beer. Then we talk about what men talk about: work. Men often define themselves by their jobs or their trade. What you do is who you are. It’s how you provide. Hunter.Gatherer. Blue collar. White collar. These things are not important, but they are. He’s in sales but he’s not.

There is a type of conversation people have when they sit next to each other on an airplane, bus, or similar seating arrangement where there is no escape. In between wearing headphones or sleeping. Even as I write in the terminal of Tampa International, I can hear the same conversations happening again and again around me. A snapshot of your life. “This is what I do and it keeps me busy until the next thing I do.” These conversations are usually mundane. Forgettable is not quite the right word, but I’ve got nothing else. Still, I can’t help but feel a purpose sitting in this bar. Fate is not the right word, but you can get the picture.

The past two days he’s spent traveling the vast state of Florida, his journey starting in my hometown. I get interested and talk about the place I grew up. This is a good conversation starter.
He’s 24. His mom was one of 18 kids. He has 80 some odd cousins. Family is important to him. He asks about my family. Do I have a wife? Do I have kids? I tell him what it’s like to be a husband and a father. I tell him that loving something so far beyond yourself is the most surreal feeling you will ever have. He wants to have kids with a wife that loves him. He tells me how he thought he found the one but then it turned out that he didn’t. The dating game is hard these days, especially when you spend your days in transit. We are both the oldest with two sisters. His sisters have their own lives it seems and it shows on his face that he loves when they are all together. His dad was a salesman and loved his children, working hard and traveling for weeks on end. But that’s not the life he wants for himself. “What do you want?” I ask and hope he doesn’t ask me the same. “That’s a great question.”

I buy the next round and he tells me his name is Nick. We shake as I tell him mine. Now we’re friends.

Nick tells me about his home in Wisconsin. Small towns where everyone knows everyone but really they don’t know all that much about you at all. “There’s not much opportunity there,” he says. But he longs to be close to family. Once again, our careers will define who we are. We talk about the places we’ve lived. Where we could live. He talks about California and D.C. and Chicago. Still every road seems to lead him back home. He’s so young and I feel very old at 33. More about family and the alcohol is starting to go to my head a bit. He is so full of promise and I want to tell him that he will soon figure it all out. But the future is a mystery that we are all trying to solve. I haven’t really figured it out yet either. Then he asks me what I want to do with the future. Damn. I wish I knew.

I tell him that I’m writing a book about God and he asks me if I’m religious. Turns out, so is he. He shows me the tattoo on his arm but I can’t quite make it out. Must be the beer. Nick says he’s Catholic but doesn’t practice much. Then we talk about God. He has a passion for spirituality that is subdued. Has been buried with time. It pours out of him and he asks probing questions. Good questions. Exciting questions. I tell him about my search for God. I tell him stories about cigars and good beers. “Do you have one?” he asks. “A cigar.” I don’t but I fumble with the Lucky Strikes in my pocket. I ask the bartender where we can go to smoke and he points to a small door that leads to a balcony full of patio furniture. We each cap off our glasses and I pay my tab.

Now it’s really late. I should really be sleeping. We each light up a cigarette and the conversation picks up right where we left off. We chat more about family. More about work. More about God. “When I’m 85,” he says, “if I live that long. I don’t want people to look back at all the things I accomplished. I want them to share their stories about me. Like the time we rode the llama or stuff like that.” I want to ask but I don’t.

It’s rare to meet people like this. Especially for men. We don’t make it a habit of opening up to people we don’t know. It’s hard enough to get a guy to share his feelings with his closest friend. Usually those hopes and fears get bottled up and tossed out to sea. A message floating about that no one will ever find. Often men will say that women are over emotional. They share too much. They say this because men aren’t allowed to share their feelings. It’s the first rule in the Men’s Handbook we all receive when we start growing a beard and liking cute girls.

I remember the story where Jesus equates a relationship with him as feeding the needy and clothing the poor. Nick and I are the spiritually needy if not the poor. The truth is that we both believe in a God that is so much bigger than the jobs that drive us into madness. Whether what we believe is truth or not truth is irrelevant. Tonight we are kindred spirits on a journey into mystery. We decide it’s time to retire and we get up to shake hands. I thank him for sharing a beer with me and he thanks me for the smoke. Tomorrow we will both be in separate conferences hosted by the hotel. Maybe we could run into each other but we won’t. I’ll probably never see him again. In another life we could be good friends. Friends who grab a beer when times get tough. For now, we simply say goodbye. If we do ever meet again, I hope he tells me the story of that llama.

Best of luck to you, Nick. I hope we both find what we’re looking for even if we don’t. 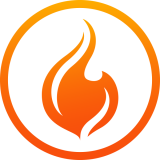 A Brief History of Cinema